What is morning sickness

About half of all pregnant women report feeling nauseous during pregnancy. It's due to a combination of a drop in blood sugar levels and/or fluctuating pregnancy hormones. And it can be really, really tough. 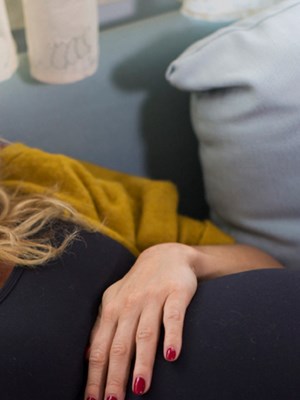 Anyone who's suffered from severe morning sickness will agree that the term is a misnomer – it's not just in the morning that nausea can strike It can hit at any time of the day, and sometimes last all day long! And the nausea can range from a few days of mild queasiness to frequent vomiting that goes on for months

Heightened senses
Some pregnant women find their sense of taste and smell becomes more acute than normal, with some previously innocuous smells, such as cooking smells or perfume, turning their stomach instantly Some report a sudden aversion to foods or flavours they previously enjoyed, such as coffee, vinegar or pepper Many notice a metallic taste in their mouth Some are mystified to find that they feel slightly sick and ravenously hungry at the same time!
Unfortunately, there’s no one miracle cure for morning sickness , but click here to find some suggestions of what might help